As everyone is aware by now, California has been dealing with the effects of an unprecedented multi-year drought. To deal with the drought, the Governor, through the State Water Resources Control Board (SWRCB), implemented statewide water conservation mandates to all urban water suppliers. The drought has eased a bit here in the northern part of the state, however southern parts of the state were not as fortunate. To move forward, the SWRCB passed ongoing drought measures on May 18, 2016. Information related to the latest statewide directives may be found here: SWRCB - Emergency Conservation Regulations

Over the past several months the City has been working with Raftelis Consultants, Inc., to complete a comprehensive water rate study. See a copy of Raftelis presentation to City Council here:

The City's water infrastructure is in dire need of repairs. Water Storage Tanks that were built in 1940's and 50's have received little to no maintenance. All tanks in the City were inspected in January 2015. The inspection reports provided a detailed description of each tank with several showing significant corrosion (see pics below). If we do not address these tanks, failure is imminent. 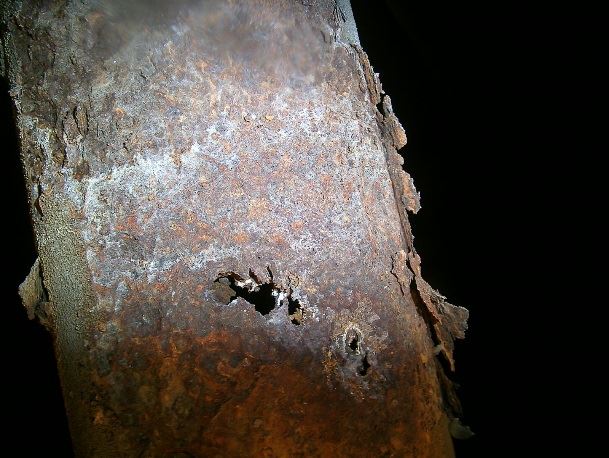 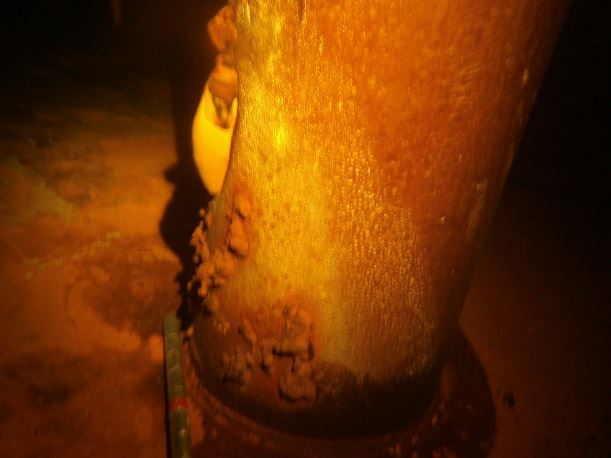 After the Water Rate Study is complete, the new rate would be approximately $1.92 per 100 cubic feet of water, or 6,000 bottles. Over the past two years of the drought, the City's water utility had to comply with statewide mandates to conserve water. This past year the City's conservation mandate was to reduce water use by 28% when comparing the current month's usage to the corresponding month in 2013. The comparison months of 2013 were picked by the state as conservation standards were not in place.

Additionally this past year, the United States Bureau of Reclamation (USBR), where the City obtains its drinking water from Lake Shasta, imposed a 75% reduction to the City's historical water allocation of 2582 acre feet. Therefore, the City only had available 646 acre feet of water from the USBR. Without the ability to use municipal wells for additional water supplies, the City was contracted with the McConnell foundation to acquire an additional 900 acre feet of water. This provided the City with a water supply of 1546 acre feet this past water year which ended on February 29, 2016. With only 1546 acre feet of water available, the City was put in the position of conserving 40% when compared to the three-year historical average use of 2,582.

With the statewide mandates to conserve water, the reduction in water usage citywide caused the City's water utility to experience dramatic losses in sales revenue. Additionally, as water supplies became scarce, water costs escalated statewide. The City's cost for the McConnell water was $175,500 above what the City would have normally paid for the same water from the USBR. In addition, the City's cost of USBR water which was approximately $55 per acre foot in 2015 increase this year to $115 per acre foot.

This is an increase of 109% per acre foot from the previous year. The USBR is experiencing much of the same water sales revenue loss due to lower water sales.

As noted above, escalating costs and severe reductions in revenue are common to water utilities up and down the state. The City's water utility is no exception. Using less water now and into the future will be the norm for all Californians. Lower water sales equate to lower revenue for capital projects. These pressures on the City's water utility do not come at a good time as the City struggles to replace aging water infrastructure approaching 60 to 70 years old. What's infrastructure? Infrastructure includes the water tanks, transmission lines valves and distribution lines that bring the water to your home or business. As the water infrastructure ages, pipe failures become common as old ductile iron pipe in the ground for close to 70 years rusts through and leaks. The City also has several water tanks that store water for on demand delivery when you need it. Most of these tanks have come to the end of their useful life and are in danger of failing. The cost to replace water tanks is enormous, but must be planned for to maintain a viable water system into the future.

Another key component that quietly works day in and day out are the water pumps that are the heart of the City's water system. The City also has been working with the USBR to replace the pumps that draw water from the lake and push it up the hill to the City's water treatment plant. The pumping station has five pumps, four of which are over 50 years old. Reliability has become a major concern as pump failures are becoming more and more common. To add to this issue is the unprecedented low water levels in the lake that cause the pumps to work under tremendous load to push water to the water treatment plant. To solve this and other issues with the pumping station, the City is moving forward with a new pump installation project. The cost for this pump project is estimated at $650,000. The USBR has agreed to provide 50% of the funding for this project. As mentioned above, these pumps are the first stage in the delivery process of water. In order to continue to effectively deliver a safe and reliable water supply to your home or business well into the future, these and other areas of the water system must be addressed.

The City has a backlog in excess of $5,000,000 in infrastructure projects that need to be completed.

Every year, more and more testing is required of the City's water supply. For example, in 2012 the City was notified by the State Water Quality Control Board that the Fisherman's Point Water Treatment Plant would have 5 years to comply with new water discharge regulations. City staff investigated all options and the most cost effective method was to install a Dewatering Facility at the Treatment Plant at a cost in excess of $1,000,000. Staff was able to secure grant funding for this project instead of being funded by City customers.