The City advertised and awarded the $3.3 million 2021 Street Improvement Project in February 2021, and to our delight, the low bid received was significantly under the original engineers estimate.   After the bid opening the City immediately began working with the State of California Housing and Community Development (HCD)  on expanding the scope of work to include areas that were not in the original eligible census tracts.

The City was able to expand to other areas of the City because after the 2020 CDBG NOFA was released, the City completed a citywide income survey to determine low/moderate income (LMI) percentage for the entire City.  The results of the survey determined that approximately 73.58 percent of the Shasta Lake population are considered LMI, therefore the  entire City qualifies for Low Moderate Area (LMA) allowing the City to apply and receive CDBG funds citywide, not just eligible census tracts.   The City submitted a revised scope of work along with the income survey to HCD in March 2021, and received final approval in May 2021.

The following map contains the final scope of work for the 2021 Street Rehabilitation Project.  The City is pleased to expand the project.   This project is the largest street rehabilitation project the City has undertaken, and is 100% funded with grant dollars.  For more information regarding this project, please contact our City Engineer, Jeff Tedder at 530-275-7400. 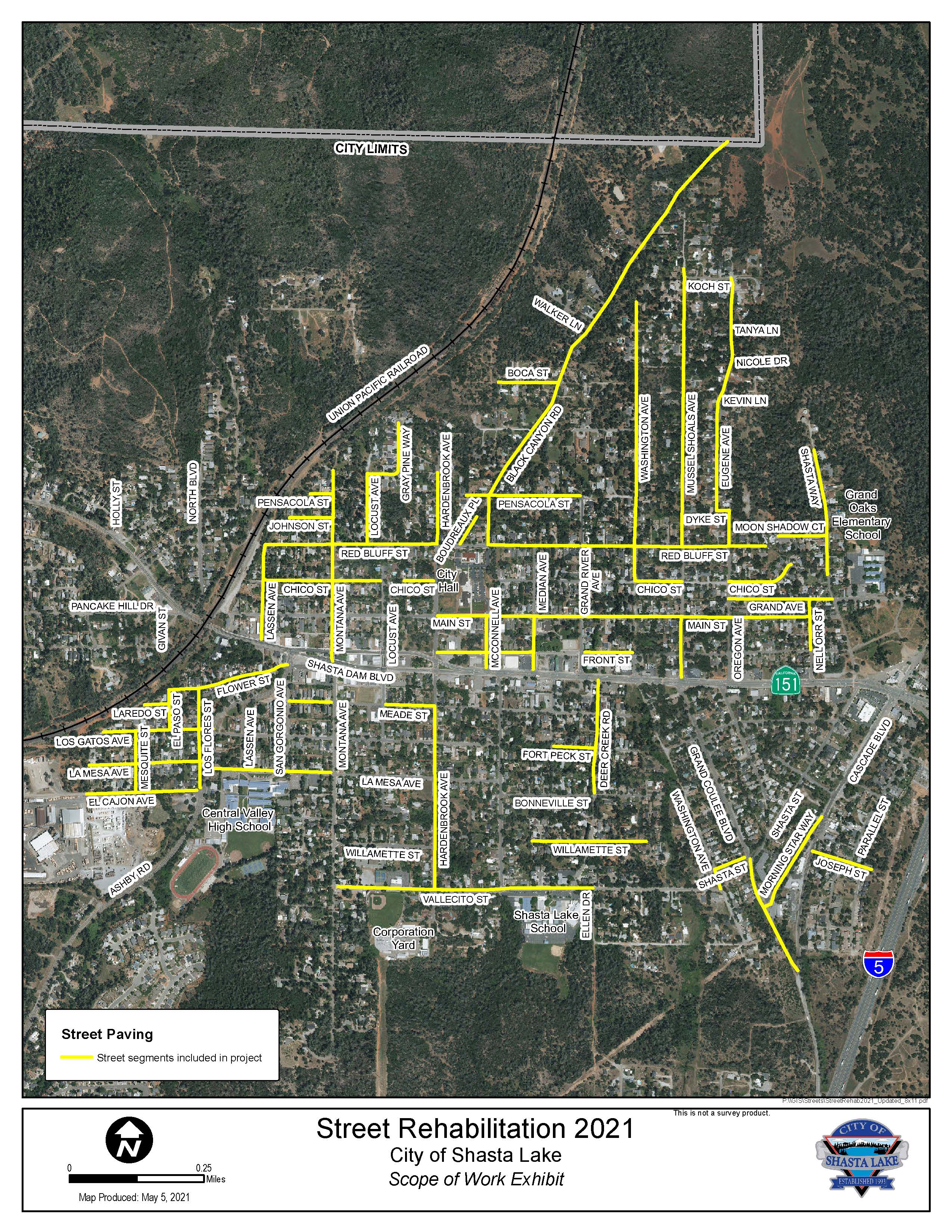 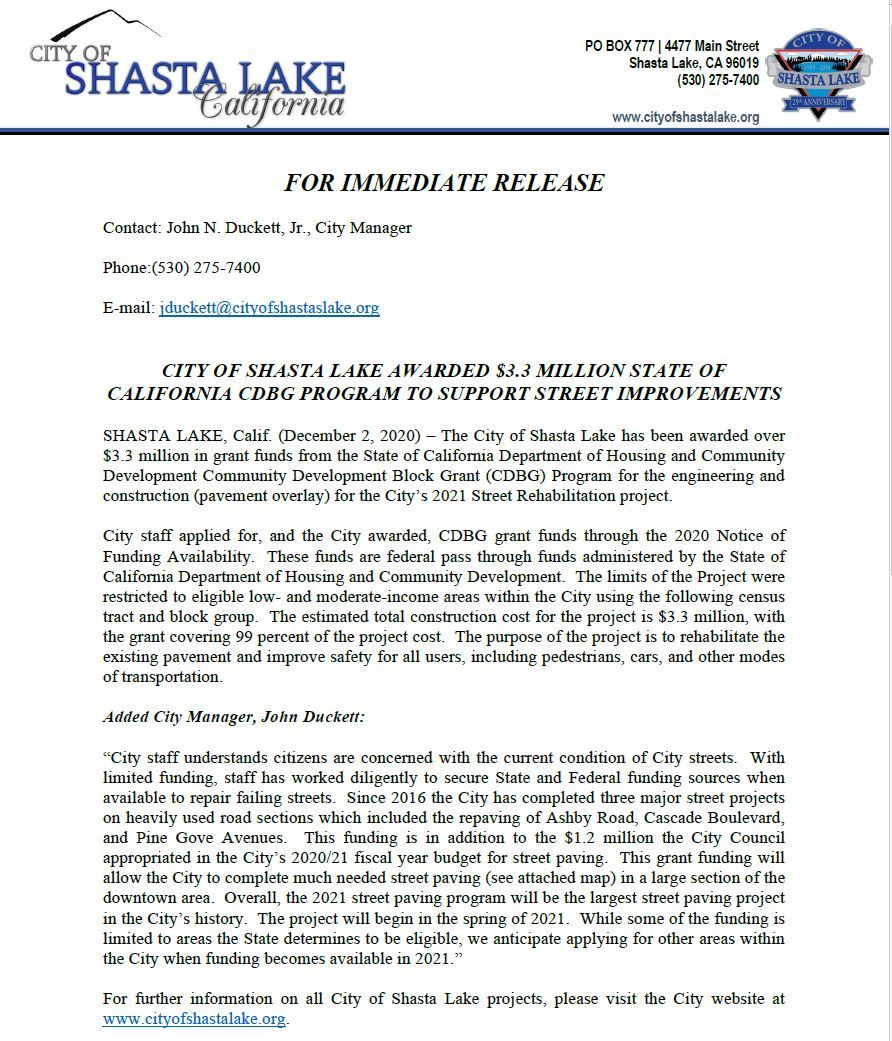 The City of Shasta Lake has been awarded over $3.3 million in grant funds from the State of California Department of Housing and Community Development Community Development Block Grant (CDBG) Program for the engineering and construction (pavement overlay) for the City’s 2021 Street Rehabilitation project.

City staff applied for, and the City awarded, CDBG grant funds through the 2020 Notice of Funding Availability.  These funds are federal pass through funds administered by the State of California Department of Housing and Community Development.  The original application scope was restricted to eligible low- and moderate-income areas within the City using the following census tract and block group(s):