The Parks and Recreation Advisory Commission consists of five members that are residents of the City. Members are appointed by City Council and serve a two year term. The City Council may also appoint a youth member who is a resident of the City to serve as an advisory, non-voting member for a one year term. 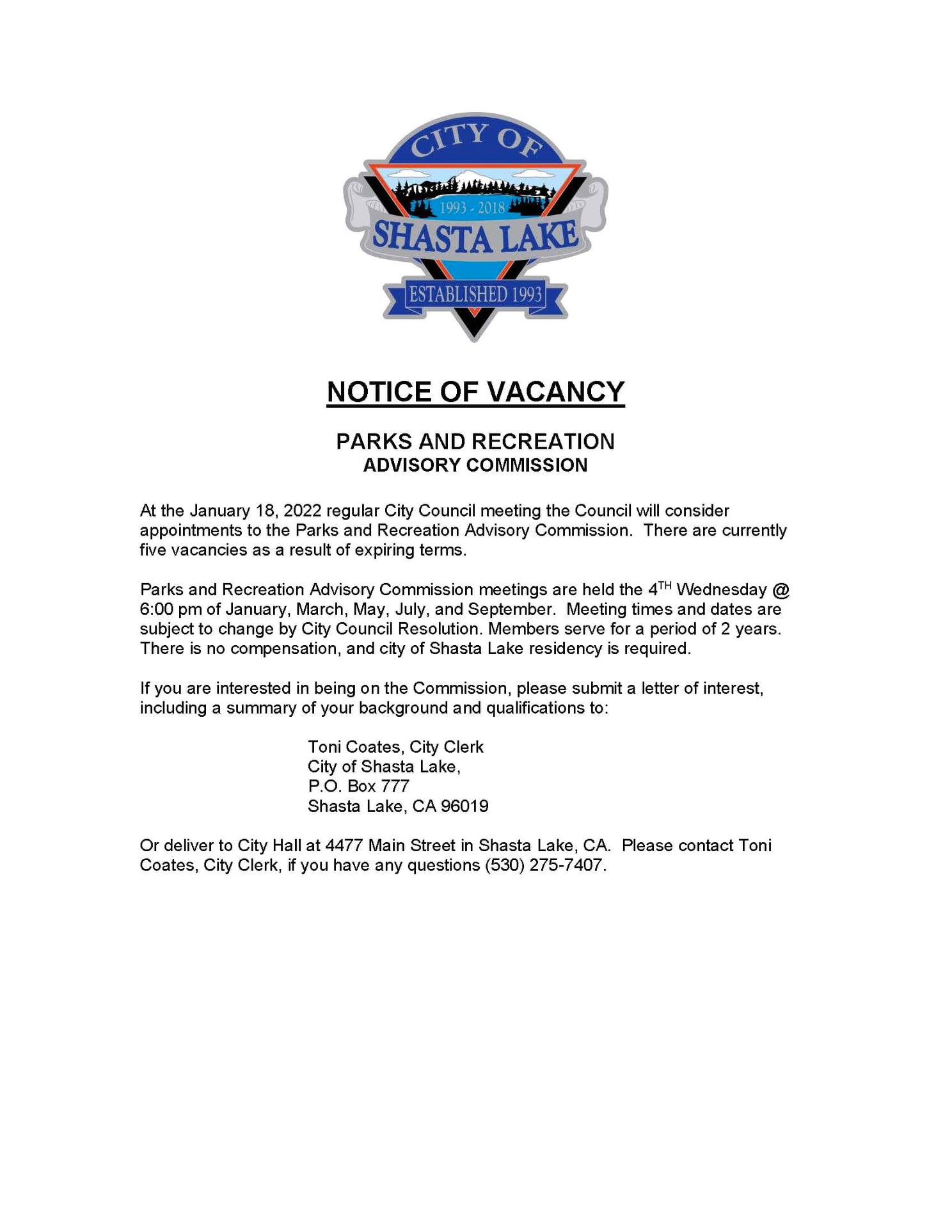