We wanted to share this page although it is still a work in progress. We hope you enjoy the information provided on the Specialty Teams and the men and women who work hard to keep the teams functioning.

Thank you for being patient. 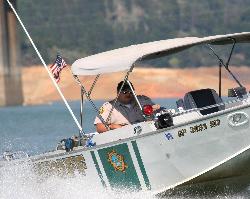 The California Department of Boating and Waterways and local taxes fund the Boating Safety Unit. The unit is responsible for boating safety enforcement on all waterways within Shasta County.

For more information, questions or concerns, contact Boating Safety at: 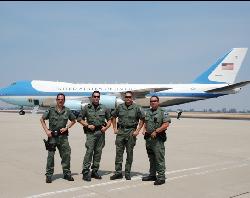 The Shasta County Sheriff's Office Bomb Squad is a Federally recognized team that responds to numerous areas throughout the North State. The team is comprised of three members from the Sheriff's Office and one from the Redding Police Departement.

The bomb squad handles approximately 30 calls for service yearly. These calls are within the county jurisdiction, City of Shasta Lake, City of Redding, City of Anderson, and mutual aid requests out of the county. 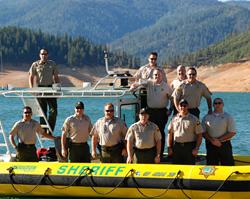 The Shasta County Dive Team was established in 1983 and began with a handful of certified divers. Over the years, the team has grown in numbers now having (12) certified and very well trained members who are versed in underwater diving and swift water rescue.

The team is also equipped with (3) different dive suits that are used to complete missions and protect the divers from exposure and injury. Usage depends on weather and water conditions.

The Shasta County Dive Team trains monthly in all the water conditions such as lakes, receivers, streams, rivers, ponds, and canals which are prevalent in Shasta County.

Each year the team is called upon to perform its mission in a successful and safe manner. Recovering loved ones, rescuing those in trouble, investigation of crimes, and the recovering of property remain the driving force and focus of this highly skilled team. 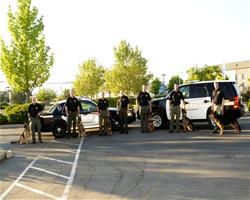 The Shasta County Sheriff's K-9 Team is comprised of four general purpose teams assigned to patrol, 1 in Burney and 3 at Patrol Operations. K-9 Team members are on-call 24-hours a day, 7 days a week.

The general purpose teams are comprised of dogs who are trained to track, locate and apprehend. This includes suspects who walk or run away from scenes, barricade themselves in buildings or are wanted for felony arrests or warrants. All K-9's are cross trained in the narcotic field to detect narcotics such as methamphetamine, marijuana, heroin and cocaine.

Together these teams assist outside agencies, assist with misdemeanor and felony arrests, performed narcotic searches and complete physical apprehensions.

The K-9's primary function is to protect their handler and other officers. All K-9's and their handlers complete a five week train program and have been certified as Dual Purpose K-9 Teams. 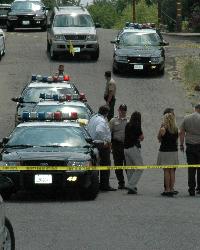 The primary goal of the Major Crimes Unit is to conduct thorough and comprehensive investigations. The Unit's primary responsibilities fall under two categories, crimes against people and crimes against property.

The unit is comprised of a captain, two sergeants and eight investigative positions: 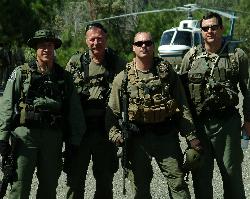 The Marijuana Eradication Team (MET) is grant funded through the Office of Emergency Services. It is the responsibility of MET to investigate marijuana cultivation activity within Shasta County. In cooperation with other law enforcement agencies, such as BLM, DEA, ICE, etc.

If you have information regarding suspected marijuana cultivation or sales activity, please call (530) 722-9161 to provide information anonymously.

As the Search and Rescue Coordinator, Sergeant Renfer he oversees the Shasta County Sheriff's Office Search and Rescue Unit. It is comprised of 13 sworn deputies, 3 non-sworn Officers and over 200 Volunteers. The volunteer teams are divided into several specialty Teams or Posse's. They include Dive Posse, Dog Team, Eastern and Western Flying Posse's, Ground Team, Jeep and Jeep Auxiliary Posse, Mountain Rescue, Mounted Posse, Rescue Dirt Riders, and the Tracking Team.

All sworn personnel are required to attend and pass California State Office of Emergency Service's Direction and Control of the Search Function as well as Winter Search Management.

Each Team or Posse is responsible for managing and recruiting fellow members as well as following their own bylaws. Each applicant has to pass a Sheriff's Office background check. Sworn, non-sworn and Volunteer Team Leaders are required to attend monthly meetings and quarterly training.

If you are interested in applying to be a volunteer member on any of the various Search and Rescue teams contact: 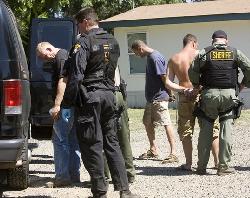 If you have any information regarding drug tips, drug trafficking, unusual odors, etc., please call (530) 225-2100 to provide this information anonymously. 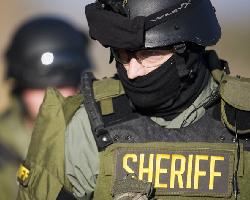 The Shasta County Sheriff's Office Special Weapons and Tactics Team, S.W.A.T., has been in existence since 1983. The team originally started with twelve team members. Today's team has thirteen team members to include a tactical medical doctor who provides tactical emergency medical support not just to team members but to the public and suspect when needed. The S.W.A.T. team is a designated unit of law enforcement officers that is specifically trained and equipped to work as a coordinated team to respond to critical incidents including, but not limited to, hostage taking, barricaded suspects, snipers, terrorist acts and other high-risk incidents. As a matter of agency policy, the unit may be used to serve high-risk warrants, both search and arrest, where public and officer safety issues compel the use of such a unit.